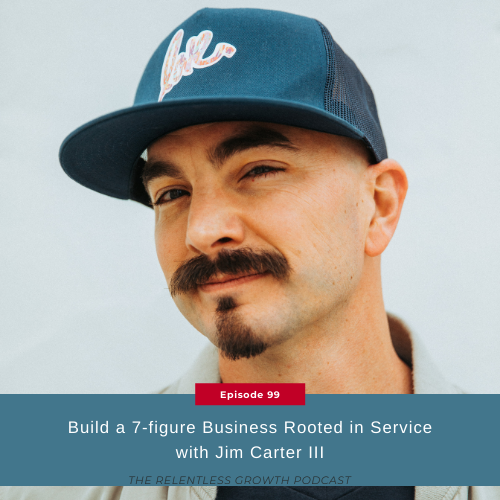 Jim Carter III knows how it feels to be burned out and overwhelmed. When he was chasing money he never felt satisfied. And when he asked himself if his goals were worth the effort he was putting into them, he realized the answer was no. Jim’s realization was affirmed when he read Adam Braun’s book, The Promise of a Pencil, and this was where his transformative journey began! Today, Jim is dedicated to providing changemakers with the technological tools they need to thrive. He is motivated by serving his family and making the world a better place and he is wealthier (in all senses of the word) than he ever has been. During this conversation with Jim, he shares his advice for finding your purpose, key tools to overcoming impostor syndrome, and his approach to creating a workplace culture that is built on the core values of freedom and balance.

“Because I put that pressure on myself and I knew that I was meant for more and I was open to it, I was finally able to receive it.” — @causehacker [0:21:26]

“If you’re feeling the reluctance to stand in what you know you’re doing, find somebody who can cheer you on, who believes in you.” — @causehacker [0:26:02]

“Find something that you believe in and be open to it and it will present itself.” — @causehacker [0:30:57]

“I would much rather create my own playbook and draft off of what worked for others than simply follow the rules of somebody else.” — @causehacker [0:45:35]

The Promise of a Pencil

Keep up with us on social media: