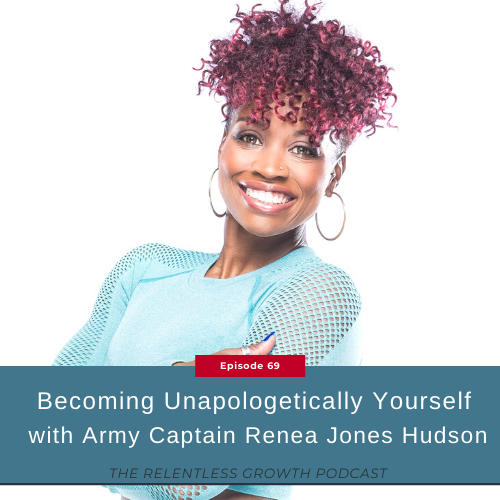 Imagine moving to a new country and then joining their army only four years later? Imagine then becoming a captain in the army, one of the most prestigious ranks there are? Well, today’s guest Renea Jones Hudson achieved this and so much more. After serving in the military for over 21 years, Renea decided to retire. This spur-of-the-moment decision meant that she had no plans, but she knew that she was ready for a change. She wanted to do something more for herself and her family, which led her to open IslandJam fitness, her online fitness company that started out of her garage in 2016. She continues to inspire her clients to be the best in every way they can be. In this episode, we talk about Renea’s journey and what led her to join the military. As someone who has always been highly motivated, Renea thrived in a structured environment where she could focus on doing her best. She shares how she climbed up the ranks and how she felt when she got to the peak of her success. If your belief is that suffering is temporary, you have to believe that happiness is too, which is why Renea understands the value of chasing something deeper than that. Our conversation also touches on why you should not make excuses, the power of slowing down, and what you can do if you are looking to start your personal growth journey.

– What drove Renea to become a captain in the army!

– Why Renea was so drawn to soldiers when she was younger.

– What Renea’s childhood was like and why she is so wise beyond her years.

– Advice Renea would give her younger self.

– An example in Renea’s life of the fact that there are no coincidences.

– The value that mentorship and teachers have played in Renea’s life.

– The innate curiosity that Renea was born with.

– Renea’s experience of leaving the military and the shock of re-entering the civilian world.

– How Renea figures out what to charge; you have to know your worth.

– Your pricing shows the world how you value yourself.

– Why Renea believes that there is no room for excuses.

– A hardship Renea faced that made her realize how powerless you become when you shift the blame.

– The work Renea has had to do to learn to slow down.

– High achievers are prone to burnout because they think they have never done enough.

– What an ideal work situation for Renea would look like.

– Renea’s advice for those who are looking to start their personal growth journey.